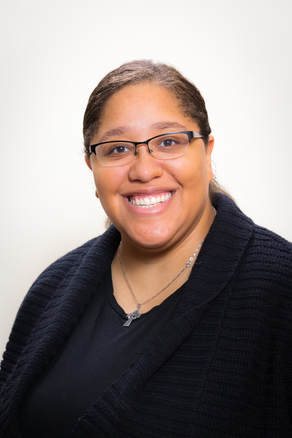 Rev. Ashley DeTar Birt is an ordained minister of Word and Sacrament in the Presbyterian Church (USA).   She obtained her Masters of Divinity from Union Theological Seminary, an MA in Theater Arts from the University of Pittsburgh, and a BA in Creative Writing from Carnegie Mellon University. During her time at Union Theological Seminary, she received the Malcolm Boyd Veritas Award which recognizes promise for the work of social justice on behalf of the LGBTQ community.  She was named one of 2016's New Faces of Ministry through The Center for Faith and Service.

​An outspoken advocate for youth ministry and social justice, Ashley serves as the Co-Moderator of the Board of Directors for More Light Presbyterians and has written for the NEXT Church blog, Believe Out Loud, and the Progressive Youth Ministry Blog on Patheos.  She also starred in two theological web series: "Theology Unhinged" and "A Quick Chat with Rev. Ashley."  Her passion for ritual, worship, and theatre have not only pushed her to use theatrical and improvisational elements in services but also to respond to God as a worship light and sound designer as well as a Zoom worship and ritual designer and technician. She also serves as a Zoom DJ and would love to bring the tunes to your next online event!

When not doing the Lord's work, Ashley lives in New York City with her wife.  She is a fan of Steven Universe, the Food Network, and arguing about who is the best character in the MCU (Shuri for sure, and RIP Chadwick Boseman).